Words can lie. This review on Red Queen By Victoria Aveyard contains words.

If I didn’t have to catch the assignments up, I would have finished this unputdownable book in one sitting (Nope, kidding. I am easily distracted). I “accidentally” bought this book because I was curious about the plot twists like what a post on Pinterest said.

Told by the first person of Mare Barrow who has red blood.

Some people might find this book quite boring or not original because it indeed is similar in a number of points with Hunger Games.

I just watched the film series of Hunger Games, and I still felt the similarities. So, maybe, for the ones who read the Hunger Games novel series will automatically skip the pages in Red Queen.

Well, I partly agree if this book is not “the new one”, yet it still impressed me.

There’s nothing new under the sun and the plot twists were still surprised me.

I think it’s not only about the “what” happened, but “how” it happened that made me a bit sentimental. I flew in love with the characters.

I love Mare who is like a girl lost in the middle of nowhere but keeps fighting against the Silvers. I adore Julian who gives Mary lessons, especially “Anyone can betray anyone” lesson. Even the sweet Maven also made me blushed.

The thing that confused me the most is the reason Silver’s Royal family keeps Mare Barrow (and makes her become one of them). I do know they want “to watch, protect, and attempt to understand”  her (p.84, I repeated it over and over). But, they don’t seem to examine her why she has that kind of power while she has red blood in the whole parts of the novel until Julian finds the answer why. 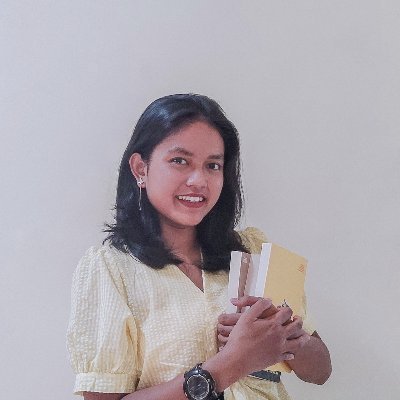